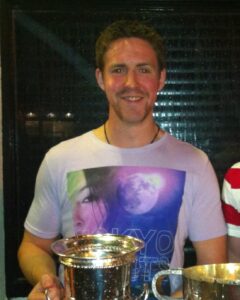 Dermot Foley is a local man, originally growing up in Ballinode, Co. Monaghan. He attended St. Macartan’s College, Monaghan and went on to study in the Institute of Technology, Carlow achieving a distinction in Applied Physiology and Health Science. From there he went to the University of Bradford in England to study physiotherapy, qualifying in 2004. After University, he stayed in England for another 3 years working in the NHS for Bradford Trust. During his time there we worked with Elite Rugby Players within the Leeds Carnegie Rugby Union Club, and Yorkshire RFC from Under 14’s to Under 18’s. In 2007, he moved to New Zealand, where he worked in private practice for 6 years.

During his time in New Zealand he qualified as a TPI fitness Instructor and Institute of golf physiotherapist in 2010 and 2011 respectively, working with elite golfers in Hawke’s Bay for 12 months. He qualified as an ASCA Strength and Conditioning Coach in 2012, and has been using this as part of his physiotherapy approach since then. While in New Zealand, he was lucky enough to work with many different clubs from amateur to professional level. These include the Hawke’s Bay Magpies RFC,  Hawke’s Bay 7’s RFC, Manu Samoa Tag Rugby Team, Auckland Pirates Basketball Team, Havelock North / Napier Pirates / Otahuhu / College Rifles RFC / Tamatea RLFC.

Since returning home in 2013, Dermot has become the physiotherapist and S&C coach for Scotstown GFC.  He has also worked with Monaghan United F.C., as Head physiotherapist at Dungannon RFC (2018-present), and with Connaught Rugby Under 18s women’s 7 (2018).

You can make an appointment in one of the following ways